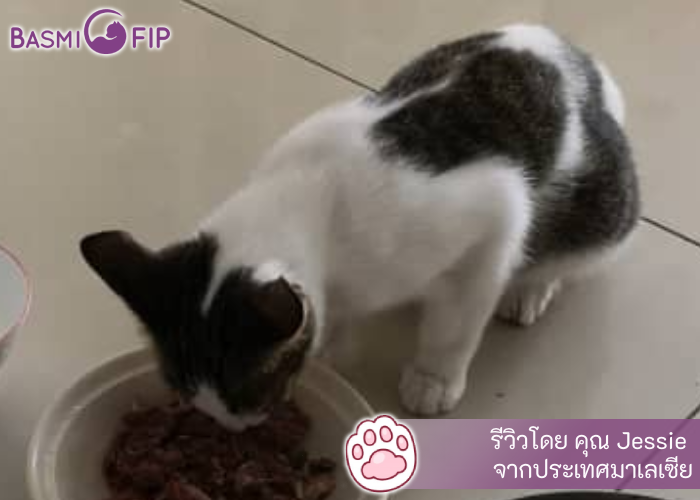 This is my cat Tommi. He was diagnosed with FIP and he need to go through a 12 week treatment. When he has an FIP, he started to feel moody and lost his appetite. I thought he was fine but his condition is getting worse from time to time so I send him to the vet. The vet told me that he has diagnosed with FIP. I was so worried as I am not so familiar with the FIP. After that, I did some research on the internet and I finally found you guys and you guys provide me a good explanation. Today Tommi is on day 67 of BasmiFIP treatment and the medicine is so good and it works really well. Tommi is now so happy and he started to jump around and go outside again. Tommi is getting healthy. I feel thankful to BasmiFIP.  -Jessie 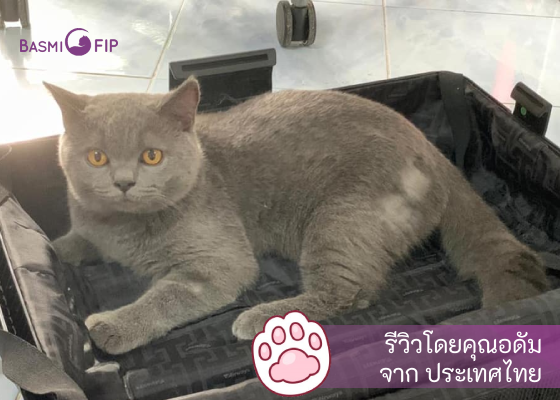 I want to share some good news with everyone about Pablo suffering from wet FIP on October 27, the doctor assumes that Pablo will only be able to live for two months. Sick at all A Malaysian friend suggested that we try the antiretroviral drug GS-441524, which we ordered from BASMI FIP and immediately started using it. After passing through For three days, Pablo's symptoms began to improve, eating himself. After the seventh day after the treatment, the stomach began to flatten. So I decided to continue treatment until the 29th day of the treatment, so I took the blood test for blood (A / G ratio 0.7). After two weeks I took him to have a blood test. ratio 0.9) is considered better, so I think it takes patience only to cure this disease for cats thanks to BASMI FIP for helping from start to finish. 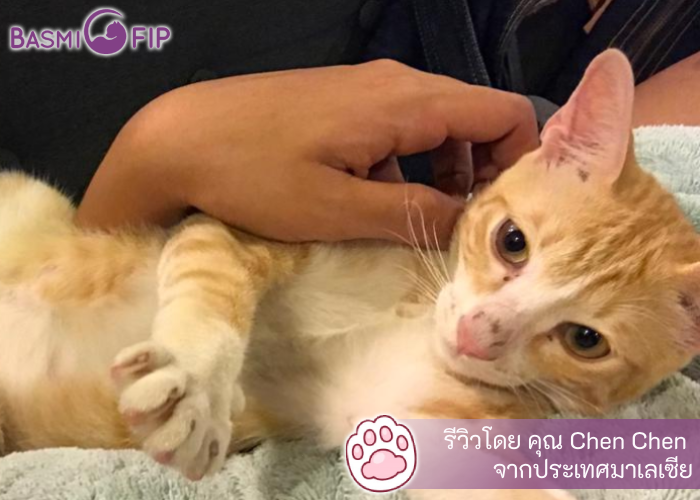 48 days after our child was treated for FIP, we are delighted with his development. He turns bright and has fun again. A few months ago We find that his stomach grows bigger every day. At first I thought he was fat because he was eating a lot. But found that he did not eat as usual and was gradually weaker He became less cheerful until in the end he didn't play with me.

On April 24, doctors diagnosed him with wet peritonitis. The doctor explained to me what FIP was. I was shocked and saddened by the chance of dying. So I informed the doctor that I could help my child, no matter how difficult it was. Fortunately, doctors heard that one family cat survived the disease. They used GS-441542 for treatment, and its efficacy was promising. The drug is also approved by the FDA.

So I did a search for GS-441542, which I found with BASMI FIP. The staff advised me to start giving 2 bottles first, but in order to treat our child, my girlfriend said, "Buy 5, don't hesitate". I tried the pills and the results We were both very happy and grateful. Both of their services Giving advice on everything Including asking for updating symptoms as well Their medication was so effective that doctors couldn't believe our child would get better so quickly. We are very glad that we got to know BASMI FIP and hope you will continue to do good things - written by Chen Chen

Two months ago, our little cat, Gemok, lost weight very quickly. So I took him to the doctor, and the doctor diagnosed that our child has peritonitis. Healing is difficult and expensive as well. Because treatment can be performed to relieve symptoms by periodically penetrating the fluid Along with taking medication to sustain symptoms Knowing this, I could definitely feel the suffering in the treatment.

After I met a doctor The whole family searched for all the information they could help to find that the GS-441542 could be used to cure this disease. Also, many cat lovers in the Facebook group recommend trying out the BASMI FIP, which we bought for our cat.

One week after I started injecting Gemok on advice from BASMI FIP staff, the guy got better and started eating some food. And when he entered the 6th week, it started playing and running around. I don't remember how many bottles I ordered, but I needed to get injections every day as instructed by the staff. And finally, Gemok was able to recover from this disease and have fun again - written by Mr Shafiq