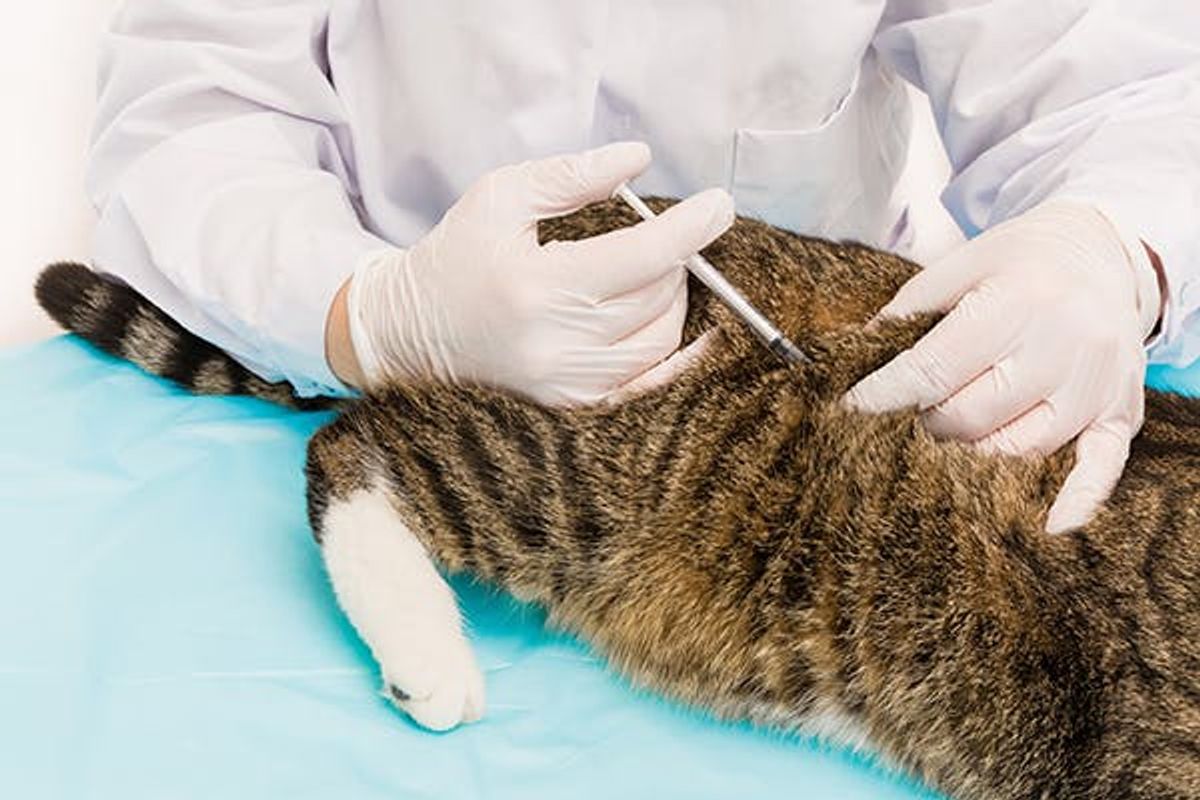 Recently, we began recommending 2 injections per day instead of 1 injection as traditionally done for treating Feline Infectious Peritonitis using GS-441524.  We found this method especially helpful during first 2 weeks of the treatment.

Many parents have asked us why we deviated from the original clinical treatment method by Dr. Pedersen in which he performed only 1 injection per day.   And what are the benefits of this treatment approach?

Before I tell you the benefits, let us first examine GS-441524's half life.  The current formulation of GS-441524 has a half life of approximately 4 hours in the bloodstream.  This means that the amount of GS in a cat's bloodstream is reduced by 50% approximately every 4 hours.  To illustrate this rapid degradation I will provide both numerical and graphical data.

Let's consider the following hypothetical example:
A cat weighs 4kg, is 3.5 years old, and has contracted Dry (non-effusive) form of FIP, with no other complications.  The daily recommended dosage is 1.88ml, when using 17mg/ml concentration.  You can use our dosage calculator to calculate your cat's recommended dosage.

By giving 2 injections per day, each injection using 50% of daily recommended dosage Here is what the data looks like.

HIGHER AMOUNT OF GS-441524 IN THE BLOODSTREAM.  Maintaining a higher amount of GS in a cat's body will result in a faster and more effective reduction of FIPV replication.  This is especially important during the first 2 weeks of treatment when your cat may be in a very critical condition.

LESS PAINFUL INJECTIONS, ESPECIALLY FOR LARGER CATS.  Larger cats with Dry or Neurological FIP symptoms requires high dosage of GS-441524.  Even when using our high concentration of 20mg/ml a 5kg adult cat with Dry form of FIP needs 2ml of GS per day.  With neurological symptoms, this same cat would need 2.5ml of GS per day.

The current formulation of GS-441524 is extremely acidic with pH ranging between 1.9~2.2.  Injections can be very unpleasant for some cats when given the full dosage in one injection.  Once cats are strong enough, they may defend themselves by scratching or even biting the person giving the injections.  Giving half dose per injection will result in a less painful experience for both cats and their owners.

The above information is provided for your reference and does not constitute as medical advice. For questions specific to your cat, please contact us via our website www.basmifipph.com.

Getting the dosage right for severe FIP cases
Oct 25, 21

Injections vs. Oral: Which is better for my cat’s FIP treatment
Oct 17, 21